WORKSHOP WITH CIVIL SOCIETY
Saturday November 4, 2017 from 4 p.m. to 8 p.m.
Hotel le Majestic Tunis
With the support of :

On January 27, 2014, Tunisia adopted a constitution which devotes an important place to Human Rights and a large number of freedoms: Equality, respect for private life, protection of personal data, physical integrity, human dignity ... right to health, right to education and teaching, women's rights, children's rights, rights of people with disabilities ... Tunisia has also ratified several international conventions relating to Human Rights: the two covenants of 1966, CEDAW , the convention on the rights of the child, the convention on the rights of persons with disabilities ...

Likewise, and at the institutional level, independent national bodies have been set up to ensure that Tunisia's commitments in terms of Human Rights are respected. This is the case with the national committee for human rights and fundamental freedoms, the national body for the protection of personal data, the body for the prevention of torture, etc.

All these advances and all these achievements, still face a certain legacy, legal, institutional and social, very mixed.

In fact, since 1992, the issue of HIV has been the subject of a law relating to communicable diseases (far No. 92-71 of July 27, 1992). This law reflects all the uneasiness of Tunisian legislation on the matter: on the one hand it enshrines the principle of non-discrimination due to HIV / AIDS, and on the other hand a concern for control and protection of public order, and which sometimes go against the rights and freedoms of PLWHA. Added to this is a set of legislation very little concerned with rights and freedoms, especially PLWHA, to cite at this level only the examples of the penal code (which dates from 1913) the code of personal status (which dates from 1956) ...

Recall, however, that since 1992, civil society (and through ATL MST-AIDS), began to work on the issue of HIV / AIDS and a little later on PLWHIV. This involvement has been reinforced by other associations, such as Rahma, ATP +… which clearly specialize in the rights of PLWHA.

These legislative, institutional and associative frameworks now deserve to be assessed in the light of constitutional advances and areas of reigning freedom, in order to establish an inventory and propose recommendations in order to promote the rights of discriminated and underprivileged people.

In this context and with the support of the Heinrich BöllStiftung Foundation, ADLi and ATP + are organizing a workshop on Saturday November 4 at the hotel le Majestic in Tunis from 4 p.m. to 8 p.m.

The Workshop will be an opportunity to present the results of the study and to engage in a debate with representatives of civil society to lead the advocacy aimed at improving the legal framework relating to PLHIV, according to the following program:

6.30 p.m .: Reflections on avenues for advocacy 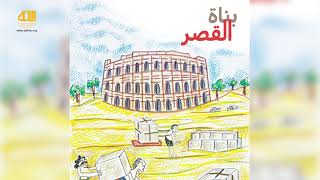 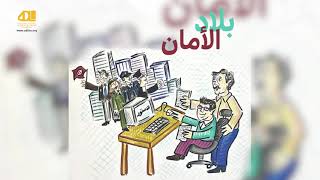