The ADLI as being a non-profit association was conceived and created after January 14, 2011. The creation of the ADLI takes place in the context of freedoms, and in particular the freedom to organize which reigned from the January 14, 2011. The initiative was guided by a desire to emphasize individual freedoms. These freedoms which are closely linked to the individual and which remain relatively ignored or even marginalized compared to collective and public liberties.

Indeed, the post January 14 period was characterized by a strong politicization of social life. This phenomenon has led to a renewed interest in all civil and political freedoms and rights, including the creation of associations, political parties and trade unions. But this politicization has, in a way, sidelined the Individual: the whole debate revolved around the rights of different groups (NGOs, political parties and unions).

This movement, emphasizing group rights and collective freedoms, was reinforced during the election period when the individual, his rights and his freedoms were absent from the campaign.

Aware that the individual (his rights and freedoms) are at the very heart of any democratic process and constitute the very engine of civic life, a group of citizens (lawyers and non-lawyers) have opted for the creation of a defense association individual freedoms. The association filed its constitution file with the Ministry of the Interior on March 7, 2011 (number 2773) and after three months it published its creation announcement in the Official Journal number 91 of July 30, 2011 (number 2011T04214APSF1).

The ADLI, created by a group of 6 people (university professors, lawyer, judge and designer, remains open to any citizen wishing to join it and share its objectives and principles.

Since its creation, ADLI has contacted all national stakeholders in the field of human rights and freedoms to establish contacts or conclude cooperation and mutual aid agreements (The Tunisian League for Human Rights, the Association of Democratic Women, the Tunisian Association for the fight against AIDS, etc.). 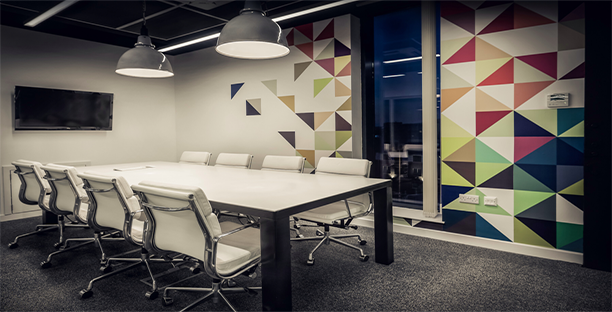 The observatory's mission is to archive cases of encroachment on individual liberties, issue press releases and publish the Periodical (ADLI) every three months on the state of individual freedoms.

The Tunisian revolution paved the way for a new era characterized by more freedoms and rights (creation of more than 1000 associations, more than 120 political parties, twenty unions, twenty new newspapers, new radio and television channels…). These new freedoms, while consolidating the human rights system in Tunisia, have been too focused on public freedoms and collective rights.

Likewise, the post January 14 period saw a great wave of lawsuits against relatives and ministers of the former head of state. This wave of trials was accompanied by overruns in the area of human rights and individual freedoms. These overruns have revealed the fragility of these freedoms, even their ignorance.

We thus asked ourselves the following question: What is the place of individual freedoms in the law and in society in Tunisia?

Our first remarks and hypotheses (not yet verified) have led us to the following conclusions:

The strengthening of individual freedoms will certainly go through the following stages:

3.1. Knowledge of the current situation:

This knowledge requires the inventory of the different perceptions and images of individual freedoms in legal texts, judgments, the mass media, school books ... this inventory will provide an idea of the perception of individual freedoms. Through the studies undertaken, we will determine which freedoms are consecrated, ignored, discarded…. We will thus have an idea of the position of Tunisian legal reality in relation to international standards in the area of human rights in general and in the area of individual freedoms in particular. All of these studies will be publicly presented, publicized and published by ADLI and posted on its website and Facebook page.

3.2. An information and awareness campaign

Awareness and information campaigns will certainly take place through the ADLI website, public presentations and media coverage of studies and reports produced by / for ADLI. The same is true of press releases from ADLI or its observatory. ADLI will design and develop training cycles (in the form of workshops) intended for lawyers, of course, but for teachers, students, students, security guards ...

As part of the drafting of the new constitution, the ADLI will exert some lobbying on the constituent. Indeed, the work of the ADLI, the conclusions, the reports and the investigations carried out will serve as a database for the exercise of a certain pressure on the constituent. This pressure will be a coordinated and concerted effort with the various stakeholders in the field of human rights and freedoms. Without forgetting that the members of the constituent will be invited to take part in the various activities of the ADLI.

3.3. The helpline assistance and monitoring